After a walk in the park I joined Platforms Project again to finish our project. On this day a lot of performances took place of which I missed some, but I think I caught the most of it. Here’s an account of the last day:

The park near Syntagma was beautiful with the purple flowers falling

All of a sudden I was pointed at the Republic of Banania that was cutting a litttle book of mine to have a passport photo. Now someone is having a passport with a painting of Ezra Pound!

Across, around the corner someone installed this piece at the 24 hours project 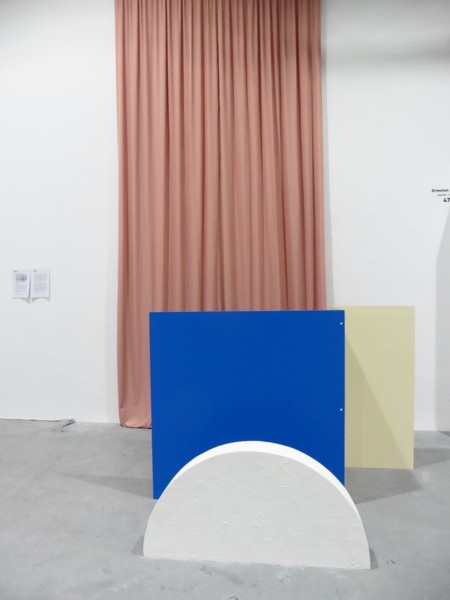 This also is a nice casual intallation at Ormston House, from Ireland 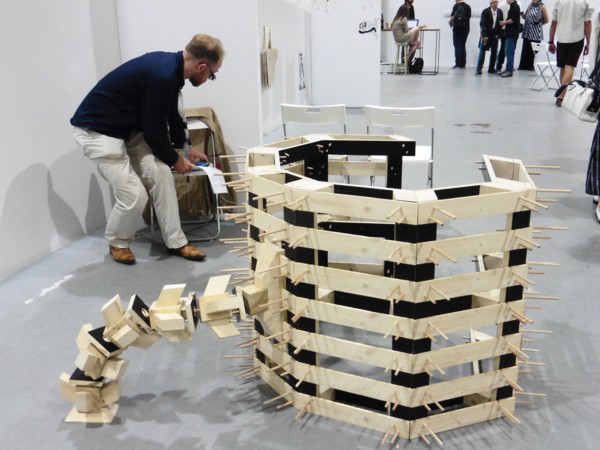 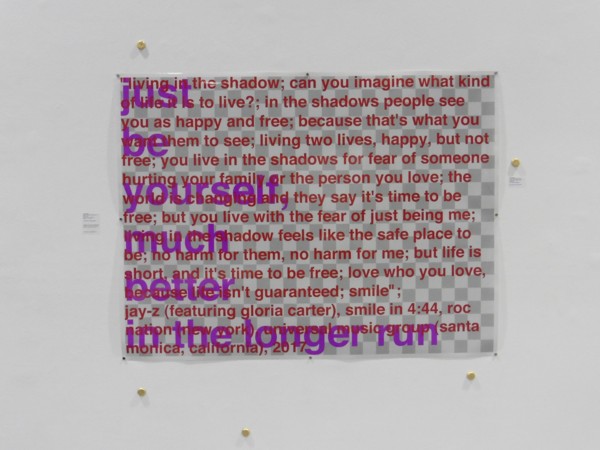 The great Linda Weiss shows her work with Scotty from Berlin

And of course our friends from the Bcademie had their ways of making fun again, they organized a lottery: for € 2,- one could buy one of the obects on the floor. If it had a sticker on the back, you could take your pick…

out of these art works. I tried several times but was not lucky, though I would have liked very much to pick…

This tongue in cheek work by Daan den Houter

or this great drawing by Lisa Blauwbroek

One of these by Tjalling Mulder would have been nice too, but alas….

Our friends of the Milena Project were present again 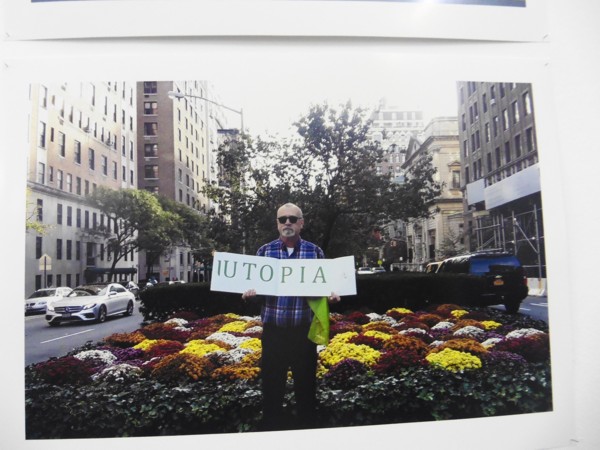 and this example of “Belgicisme” that I liked a lot: pins sticking in the sleeves, letters as an invitation to shake hands by reading…

In the end I completed the Athens Diary, which makes for a fine set of drawings 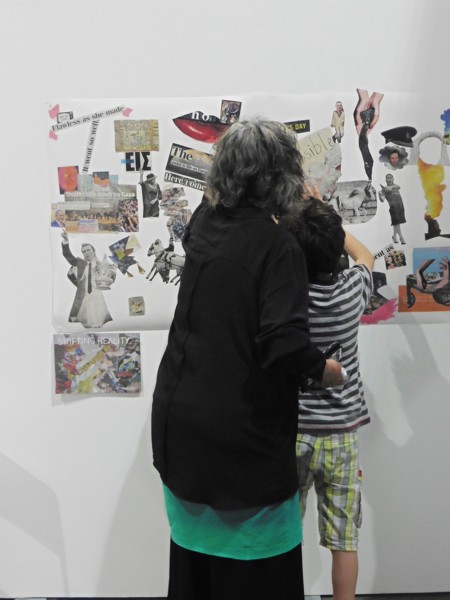 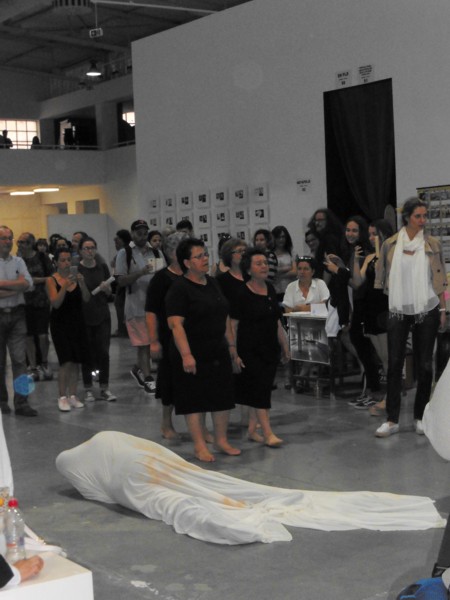 And still some performances were due, here three ladies entered singing orthodox song while a performer creeped to the exit in sheets

After Hours: I forgot to take a picture of the great piece of Gianin Conrad at Diensgebäude, probably because we saw it all the time

And I liked it every time! 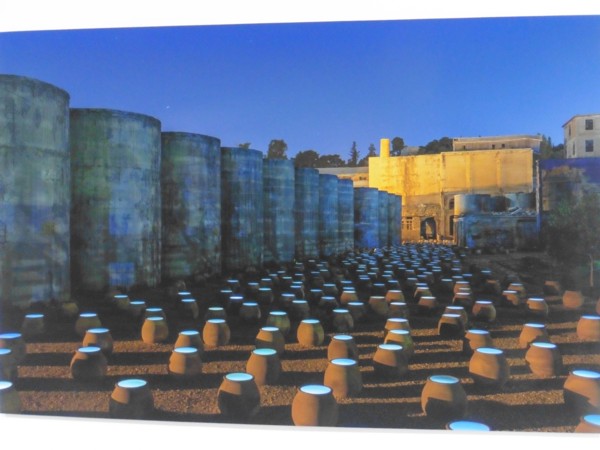 And this project was also worth wile: Danae Stratou at Vital Space created this beautiful site-specific installation of which documentation was presented.

Especially this work on paper 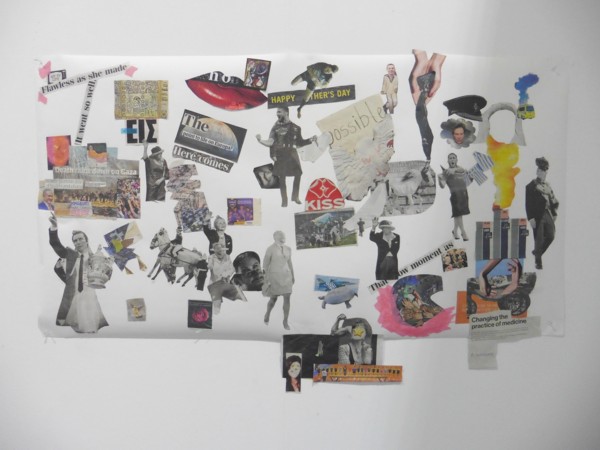 And finally our last collage was taken off the wall

And put into the pool 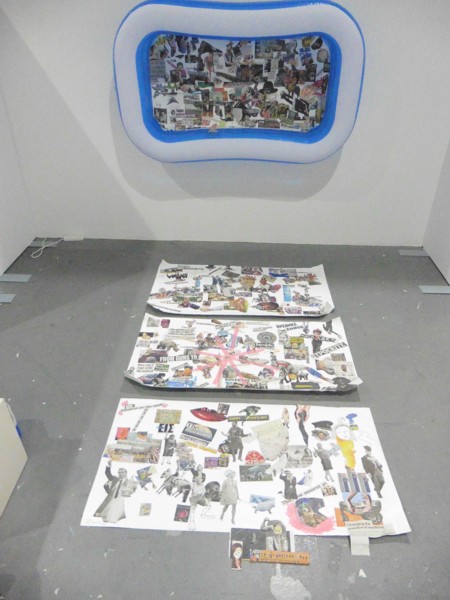 After which everything was displayed

The day and Platforms Project 2018 ended in music and dance, next morning early I would return home!

Today is the last day of the Platforms Project. I had an option on my drawing which I sold definitely today. After 15.00 h we cleared out. We decided to visit the Acropolis and to have dinner in the Plaka, it seems obligatory for the ones who came in yesterday. After dinner we are invited at an opening at Beton 7 Radio, together with a Jazz concert by the Blue Note Trio: Jazz Archeology that is! It got to be a nice and relaxed day with another unexpected number of visitors at the fair.

The walk to the venue of Platforms Project is great, with a fantastic view from the hill behind it. 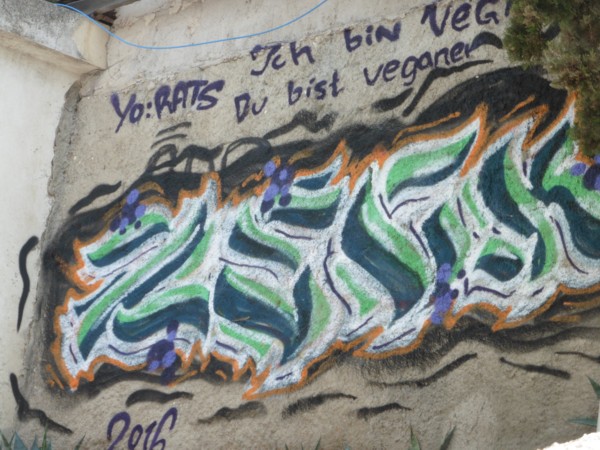 This is a great piece!

Which turned out really fine!

and a great poster on the side! 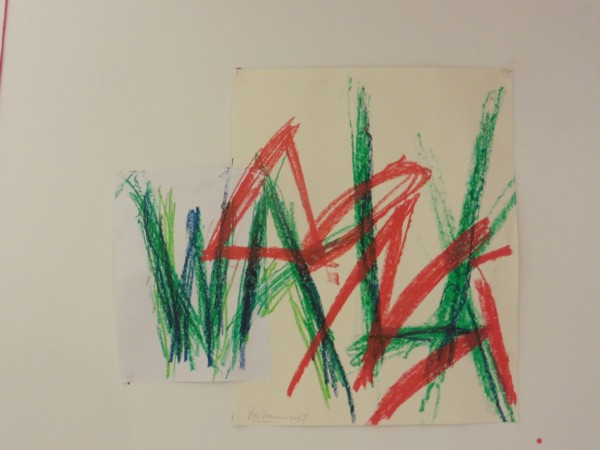 This is the drawing that I sold 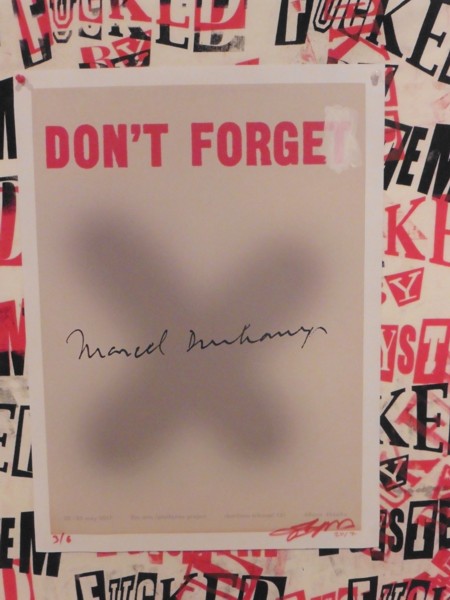 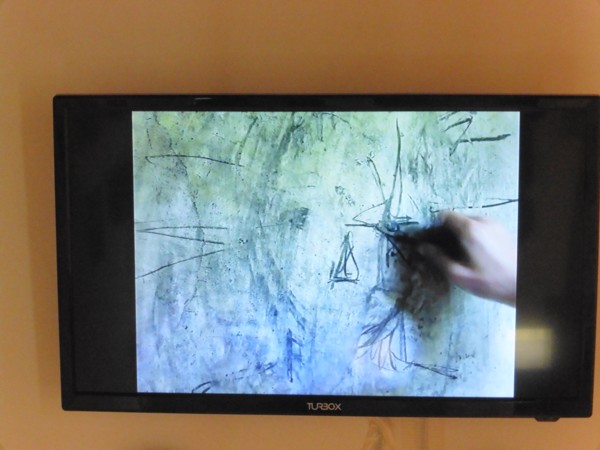 and a great teacher from England, St. Martin’s,  whose name I couldn’t find back, the drawings are wiped right after he fisnishes and he goes on forever!

Tiny Domingos is getting sentimental about clearing the booth

But EX-MÊKH is it’s usual self about it

KRAATZ is just continuïng to experiment, wonder when they left?

On the Acropolis the light was magnificent 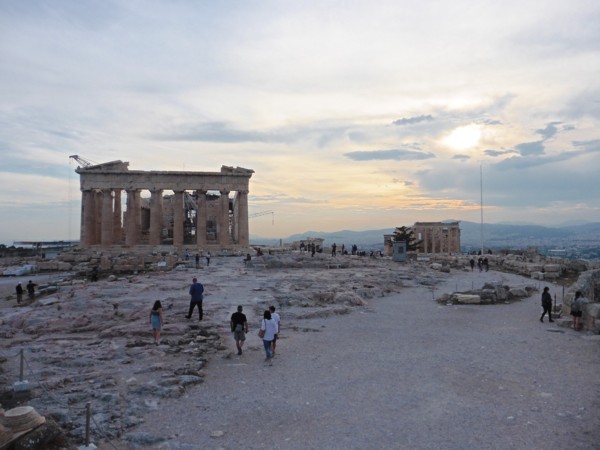 The sun set behind the Parthenon, or the Erechteïon really 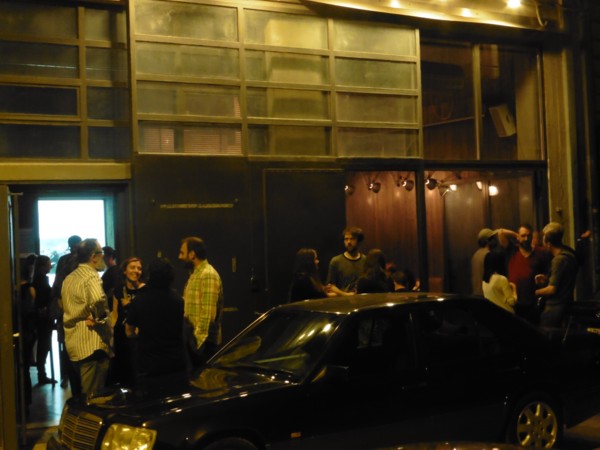 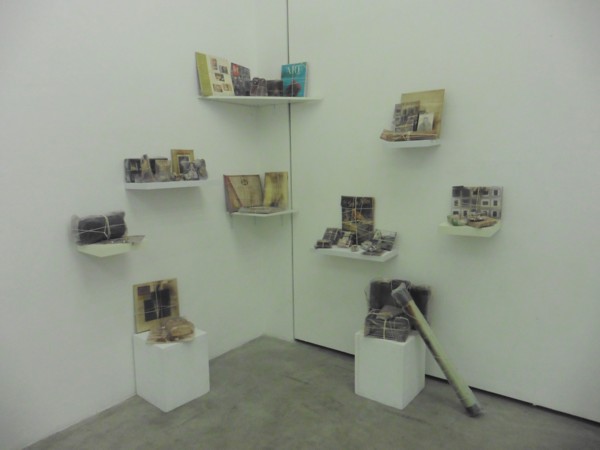 Artemis Potamianou is also an artist and this is her work 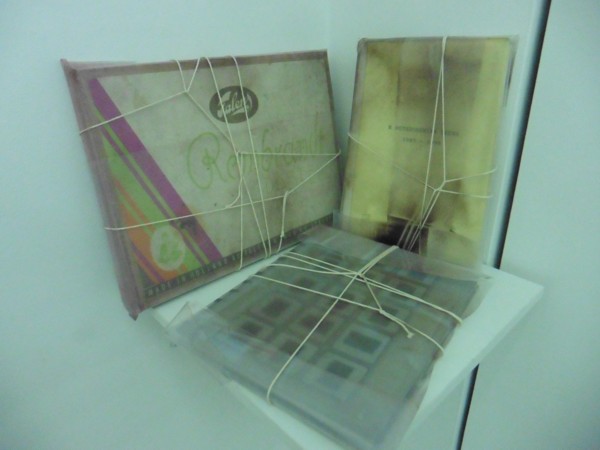 The stuff you gather,,, 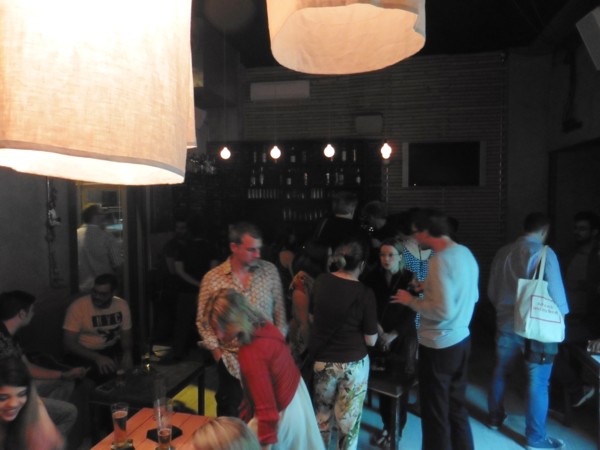 The crowd was all over the place, like in the bar

Or in the concert by the Blue note Trio