Today EX-MÊKH’s fans from Holland arrived at the fair. We took the opportunity in the morning to visit another Documenta site and after the fair Artemis had arranged for everybody in the fair to have drinks and a meal together in Petralona, a busy neighbourhood with lots of bars and restaurants.
So in the morning we went to the Benaki annexe in Pireos street, another beautiful new building that normally houses modern Greek art. Now, Documenta occupies the ground floor with, to my opinion, the best part of Documenta in Athens.

A series of beautiful graphic art, drowned in German culture 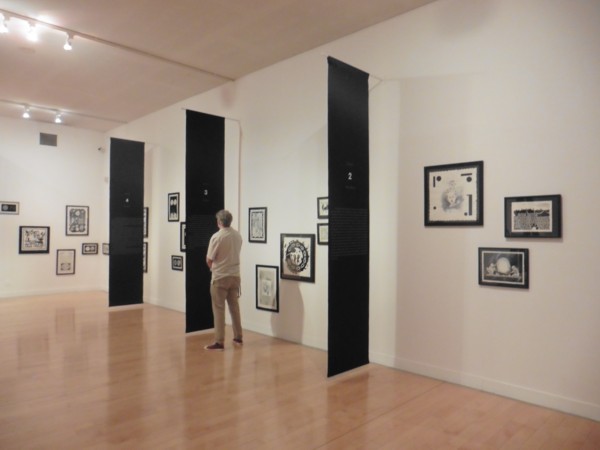 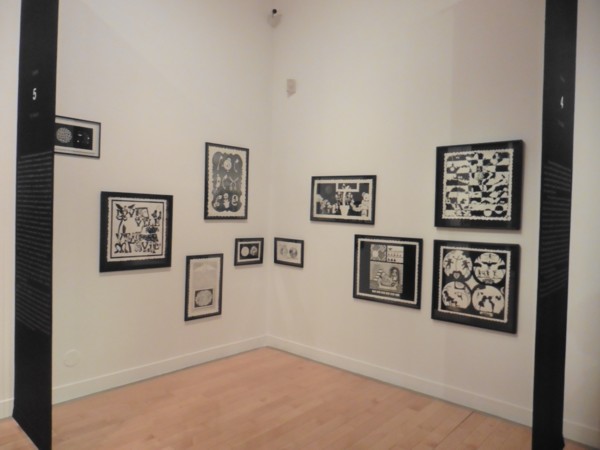 and how they commit suicide together 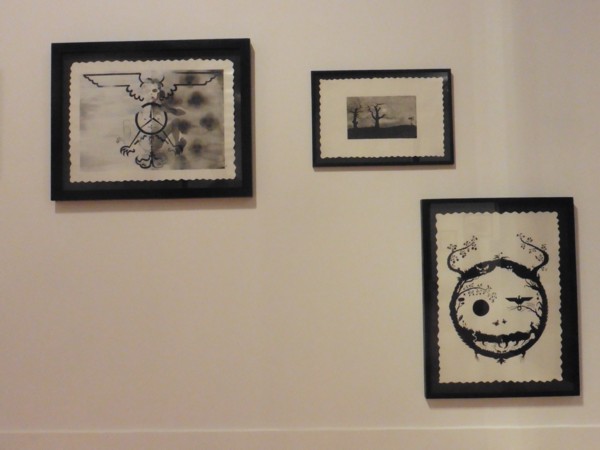 A great work of art, from collections in Israél

Nilima Sheikh has a number of painted canvases hanging from the ceiling under the title: “Each night put Kashmir in your dreams” – 2003-2014

On the back classical Hindu texts are printed

In the space it looks impressive

Aarin Rungjan: And then there were none, (Tomorrow we will become Thailand) – 2016 In this video a classical singer elegantly sings of horrible things, accompanied by a beautiful istrument of bamboe sticks

In the video and the accompanying paintings the artist juxtaposes two events: the Thammasat university Uprising in 1973 and the Polytechnic university uprising in Athens in 1973 Oral history in the video’s witness the happenings of the time.

Return to Khodurciur, Armenian Diary – 1974 Again Oral history about the happenings in Armenia: the father reads his diary from that time. 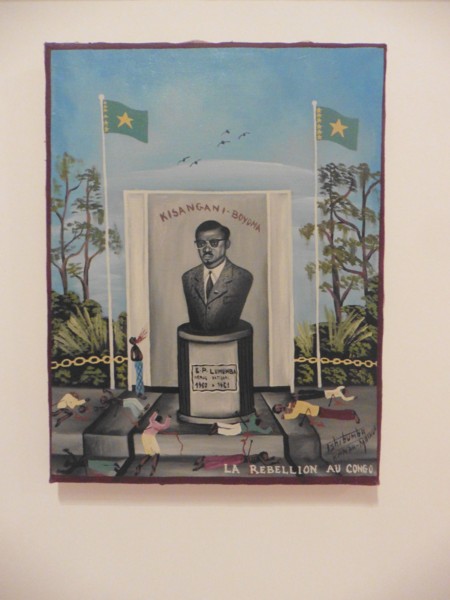 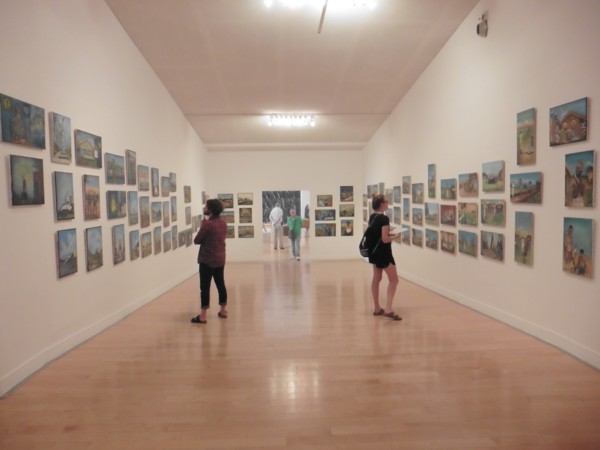 It is a room filled with Congolese history, from the beginning until now 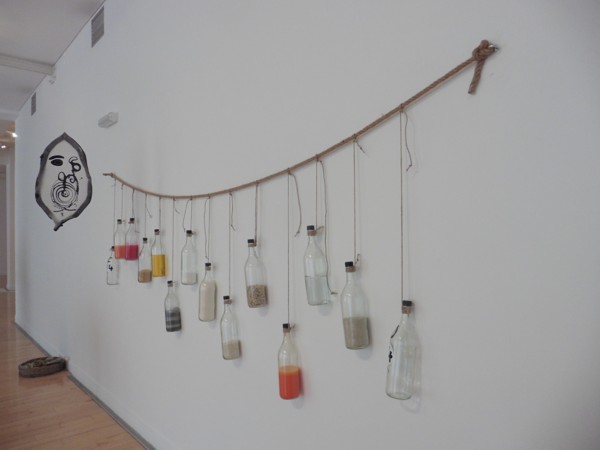 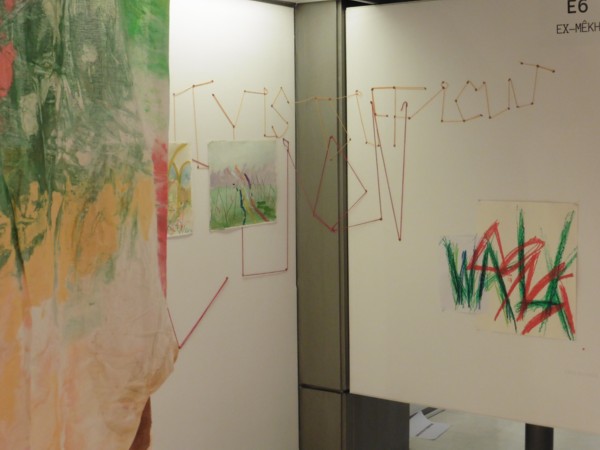 and Geeta Rooparine came by with presents. She liked my textile texts, I got some beautiful silk threads from her and she showed me what she made of them!

KRAATZ changed their booth again, and this time their collaborators Stéphan Guéneau and Louise Crawford had arrived and immediately they added new work: a textwork

and these pictures (with the & from Isolde Nagel) 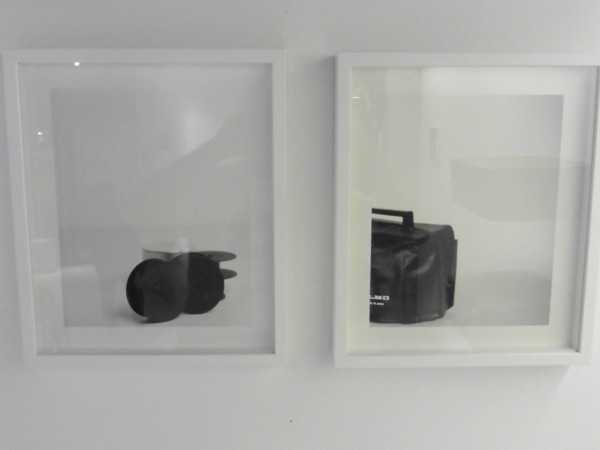 The pictures close up 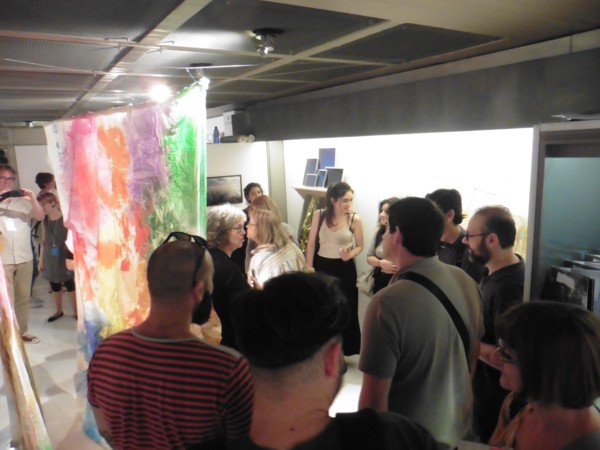 And today again we couldn’t complain about the visitors

I took another round in the cellars, here with the VSVSVS

At night we had a great dinner, because the next day would be the last day of the fair 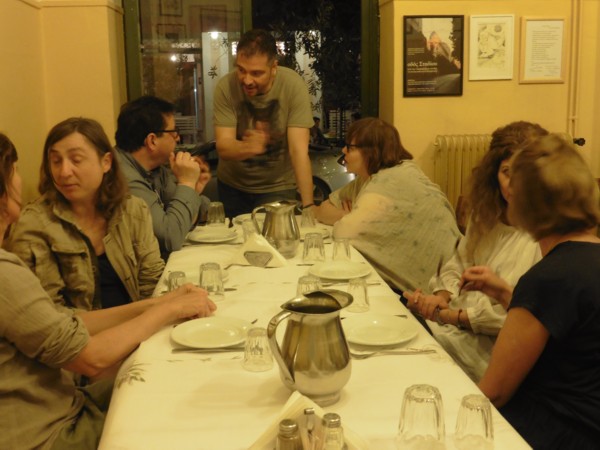 Constantinos is very sure about something!

Shooting back at Artemis

And once more shooting back at Guillaume