This sunday was to be the longest day of the Fair: from 12.00 untill 23.00 h. Unfortunately it was also a day that some religious nameday was celebrated and that  important sportsevents took place. It was very quiet at the fair and it felt desencouraging to have so little people coming by, but everybody made the best of it. I visited some booths that I didn’t see yet as you can see here: 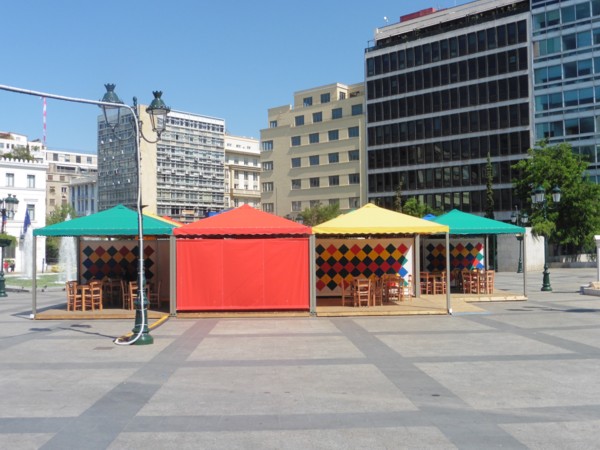 On the way to the Platforms we run into a Documenta project: Rasheed Araeen: Food for Thought: Thought for change – 2017 In this location refugees can have free meals every day. There’s a kitchen in the middle and  there are terraces all around.

The design is very efficiënt: recognisable from afar 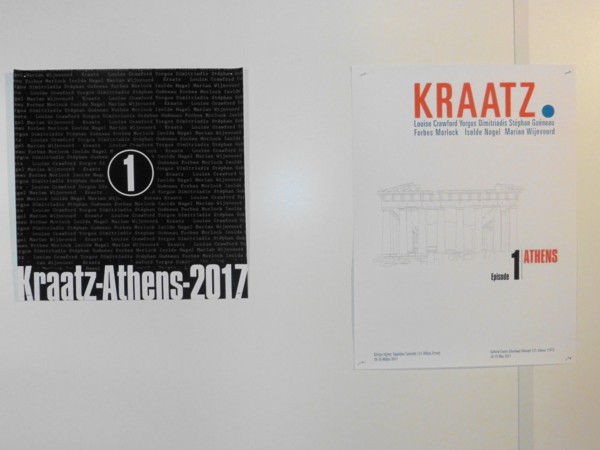 Arriving at the Platforms the KRAATZ-artists appear to have liven up to their promise: the booth changes, here with added posters by Stéphan Guénau 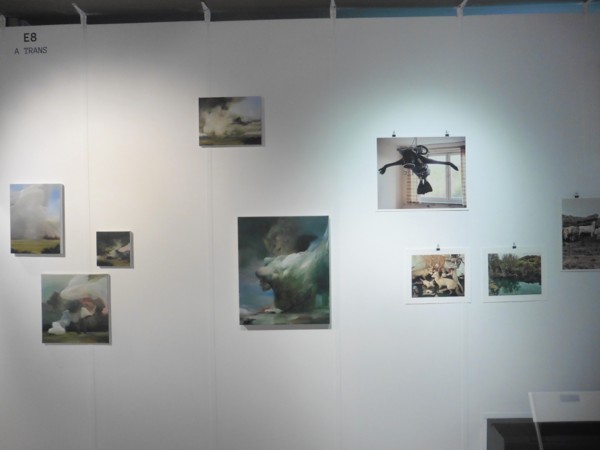 But this A-Trans wall is well done 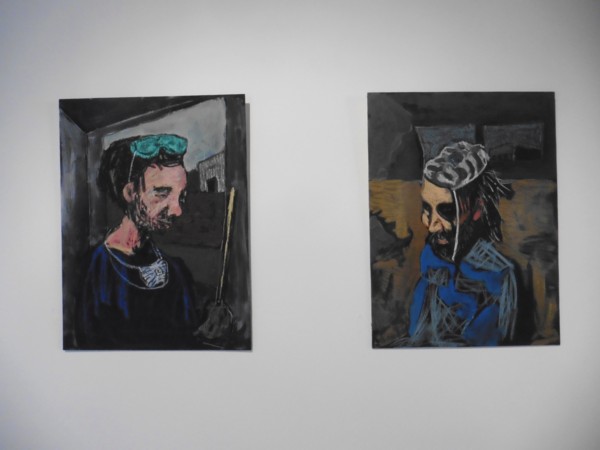 Klitsa Antoniou: But at the End the Light was Shed on us and it got us to the shore – 2016.  A horrible video with a girl that tells about loving her father and how she likes to help him put shrapnel in bombs and how they flee to the west where she gets to know other children of her age 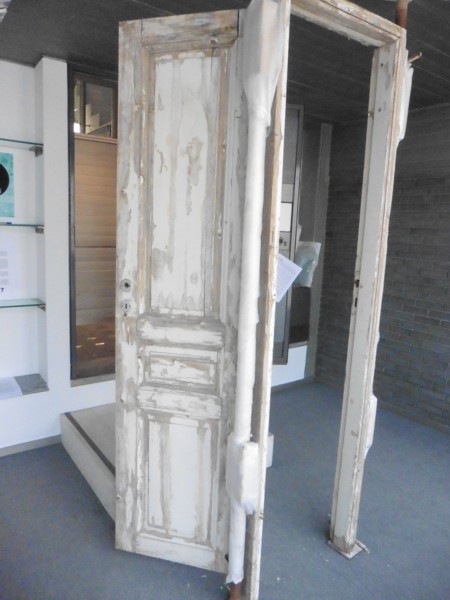 En Flo: Project Xouthou Street – a door from a house in the centre of Athens you can go through

after which you can write down what it brings about in you. Left under is my comment.

Extra Muros from Nantes was good again: they had subtle ceramic works by Cat Fenwick 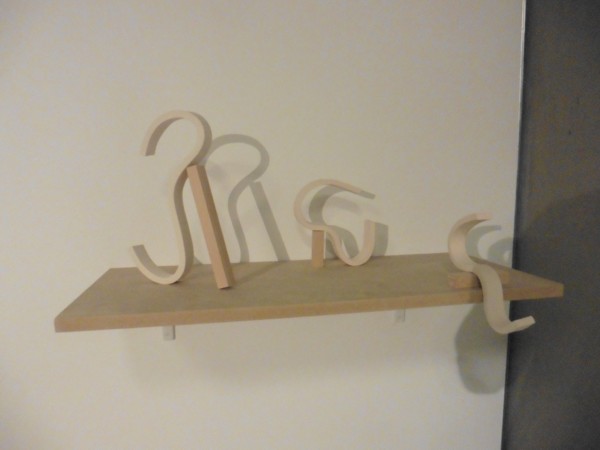 It’s all about equilibrium

And Romain Rambaud was his usual elegant self with these sculptures 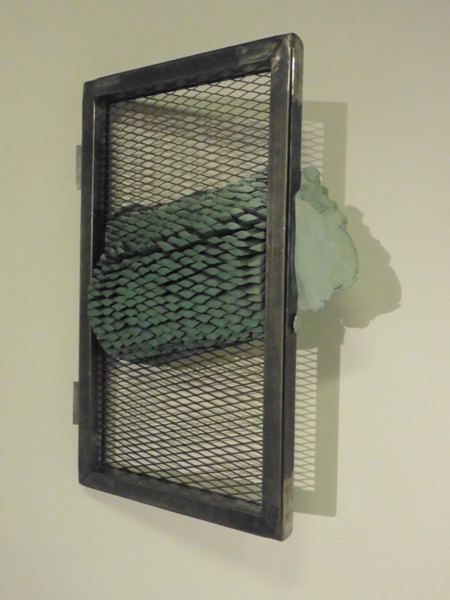 Diensgebäude is also present with work from Andreas Martí 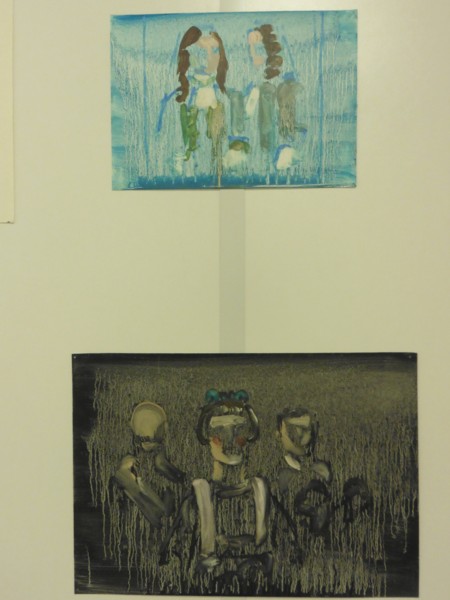 This work at Harrington Mills Studios was nice 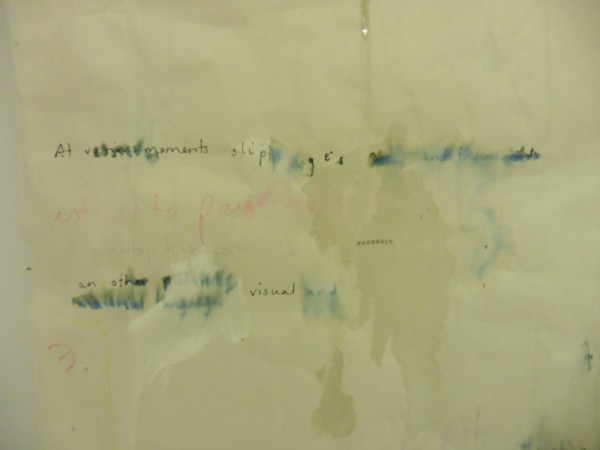 Petri Saariko, the curator did well himself too 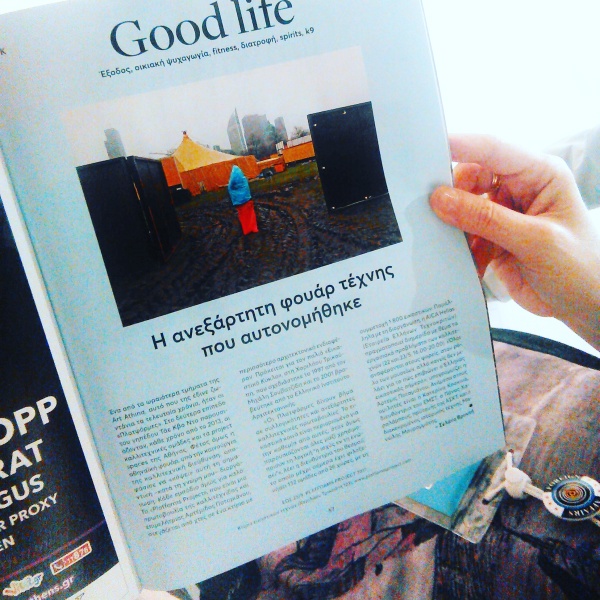 In the mean while our publicity was great: Ellen Rodenberg’s picture of her Malieveld piece was in a large national newspaper in an article about Platforms project 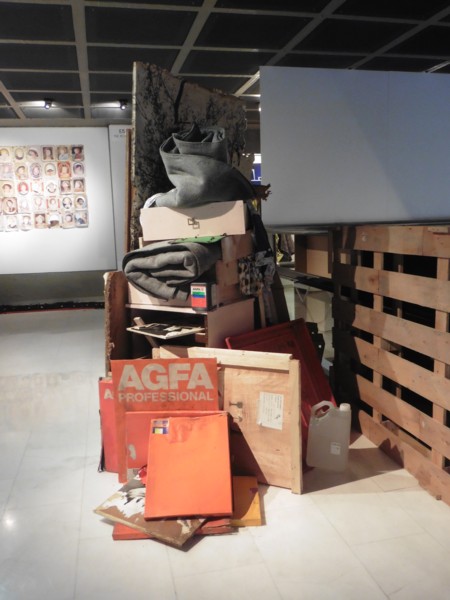 Our Dutch Globalist Willem Jan Smit made a round through the neighbourhood, created a sculpture 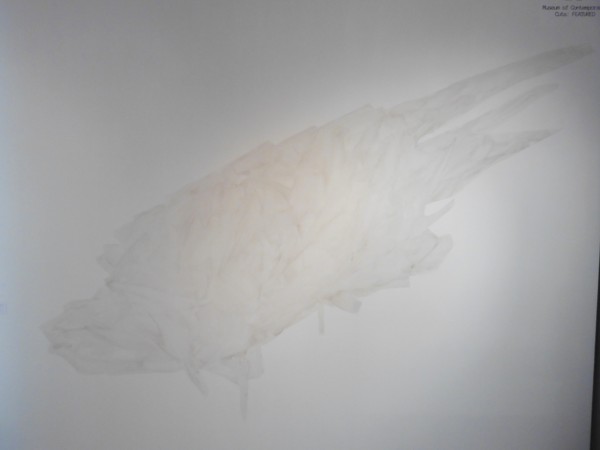 And of course some materials he used

One more view at Lo and Behold in the cellar

With work by Linda Weiss 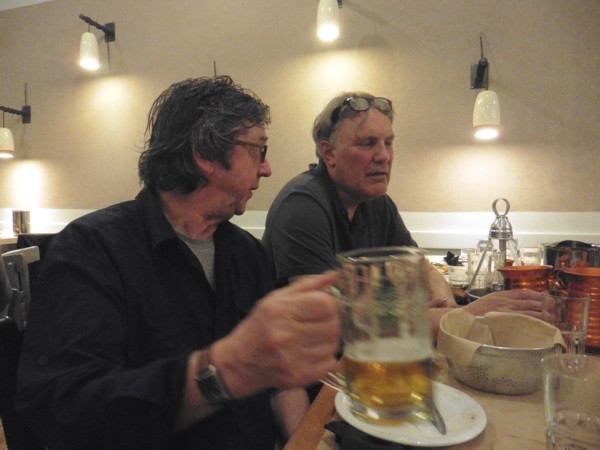 Nico Parlevliet from Unnoticed Art joined us from Holland and everybody sang for me after midnight because of my birthday!